East Bay Waltz is suspended for the duration of the Berkeley shelter-in-place order.
To help put the brakes on COVID-19.

For the forseeable future, the responsible thing is to avoid close contact and crowds, which unfortunately is kinda the opposite of partner dancing.

We hope to be back soon, but that depends on how this pandemic progresses. Stay tuned and stay healthy!

Some resources on COVID-19 and what you can do to help:

So wait, what is this?
Some kind of friendly casual social dance party?

East Bay Waltz is a casual social dance held each month on the second Saturday, featuring mostly waltz and cross-step waltz, with polka, swing, schottische, and latin dances thrown in to mix things up. There is a class for beginners and a class for more experienced dancers, each running simultaneously from 7-9 p.m. Then, there's DJ'd social dancing and fun times from 9-midnight.

$12 gets you the lesson and dance, or $8 for just the dance. Current students can attend the lesson for free if attending the dance. Kids under 10 get in free with parent or guardian (kids taking advantage of this rate should not be in the lessons). No one turned away for lack of funds. Cash only, please.

We have volunteer options available! Front door volunteers get in for free in exchange for sitting door for a set. If you're interested, sign up here.

Come by yourself, or with a friend, or a crowd. People of all ages, races, genders, sexualities, nations, or creeds are welcome. Dress in jeans and a t-shirt, or dress up all fancy-like if you've the inclination. Please avoid wearing rubber-soled shoes or shoes that might leave marks on the wood floor; also please avoid wearing perfumes/colognes or other heavy scents. Everybody ask anybody to dance! We will have exciting snacks, and your potluck contributions will be gladly accepted.

EBW is a volunteer-run event. The DJs, teachers, board members are all volunteers. If you have any questions, comments, concerns, or just want to chat, you can reach us at info@eastbaywaltz.com, or talk to us on the Facebook.

The Hall is a 7 to 10 minute walk from the North Berkeley BART Station and is easily accessible by the 51B AC Transit bus.

EBW is a volunteer-run event. The DJs, teachers, board members are all volunteers. If you have any questions, comments, concerns, or just want to chat, you can reach us at info@eastbaywaltz.com, or talk to us on the Facebook.

We have a wide variety of teachers and DJs from all sorts of different backgrounds.

LaToya has been dancing since 2005. Her first dance was salsa, but now she does swing, waltz, foxtrot, Irish ceili, polka and schottische. She does not blues. Or fusion. She learned most vintage ballroom dances during her London residency (Dickens Fair) where you can find her playing Miss Sarah Forbes Bonetta. She's also on staff with the Breakaway, a Lindy Hop swing venue in Oakland.

Jay Cassianni started attending contra and square dances just a few years ago. From there he quickly branched out into ballroom and several other styles and has been exploring the works of social dancing ever since. He has recently relocated from the mountains and now you might find him dancing ballroom, fusion, swing, Irish ceili, or whatever else he may find interesting on any night of the week. He is also an occasional DJ at EBW.

Alan Kline has been trying to determine if one can dance "too much" since 2007. Other dances he has DJed and/or taught at include Vintage Invasion, Dickens Fair, Queer Contra Dance Camp, Parlor Ceili and Loony Ceili, which he also co-hosted. He took the advice "You Gotta Get a Gimmick" to heart and, through his own series of dances, created the Showtune Shindig, now an EBW favorite. At EBW he has taught waltz, Irish ceili, polka, east-coast swing, west-coast swing, lead/follow switching, country two-step and more. An experienced follow and lead, he loves the social and the dance parts equally and hopes you'll join him for a dance.

Bob Galloway started social dancing in 2007, when he arrived all unsuspecting-like at a party and found himself in a 4-Hand Reel. It wasn't long before he was waltzing, jigging, lindying, etceteraing, and recategorizing his music collection by dance type.

Caroline Vurlumis was first taught to social dance from her older sister who introduced her to the joys of Salsa and Latin music. Caroline discovered Irish Step Dancing on her own and in college she became obsessed with Blues and West Coast Swing (WCS). While studying abroad in Ecuador and England she attended many Cuban Salsa/Rueda classes as well. Caroline teaches the annual WCS class at East Bay Waltz and loves to both lead/follow multiple dance styles! Please grab her for a Latin dance or to lead or follow a WCS/Cha-Cha/Blues all-inclusive dance.

Anthony has been dancing Irish ceili and vintage ballroom dance since the mid-90s, dancing at Fezziwig's Warehouse at the Dickens Fair since 2000, and has picked up a smattering of other dance styles since then, and has been DJing since 2007. His musical tastes in dance music are pretty eclectic since nobody played waltzes when he was in high school. Teal cupcake not included.

Alina Larson has been obsessed with celtic music since age 13, and was introduced to dance when she began learning Scottish Country Dance in the mid 2000's. Since then, she has branched out and explored various forms of ballroom, country, and blues dances. She enjoys collecting and sharing music that she loves with the world, both as a DJ and pennywhistler, and dancing along when she can. Alina is currently studying Cognitive Psychology in a PhD program at UC Santa Cruz, but spends many of her weekends and breaks here in the East Bay.

Aarin Parker has been dancing since she can remember. With initial training in Modern & Jazz choreographed dance and Irish Step dance, she happily fell into the world of social dance in 2013 with Irish Ceili dancing and hasn’t stopped since. In December you can find her dancing on the Silk Road stage of Dickens Fair, dancing and calling the Ceili dances with the Guild of St. Patrick's.

Miranda Bridges was dragged to their first waltz just before they started high school and hasn't stopped dancing since. Their dancing repertoire has since spread to leading and following vintage dances, Irish ceili, blues, fusion, salsa, contra and anything else they have time to learn. You'll find them dancing all over the Bay Area and beyond. Ask them to dance and they'll regale you with stories about birds.

Bret Hutchinson danced his first Congress of Vienna in 1997, and has tried to absorb as many social dances as he could since then. Having explored competition and performance dancing, he has found a home in the delightful mix of vintage and modern social dance in the Bay Area, where we dance for our partners and consider any dance in which we smile at the end to be a success. He taught vintage dance in Oakland for three years and is now working to perfect his DJing skills.

So what exactly goes on at this party?
Will it hurt? (no.)

The evening begins at 7 pm with a dance class for beginners and those who don't yet feel confident with rotary and cross-step waltz. Concurrently there's an intermediate class in one of the dance styles we practice for those who want to build up their dance skills.

At 9, our open dance party begins. During the dance, water and light refreshments are available. There is plenty of room to leave your coats and things while you're dancing and seats for when you're not dancing to relax and socialize.

While songs and dances played vary by evening, below is a sample set list of what you might see:

Code of conduct
Because it should be fun for everybody.

We aim to make EBW a welcoming and friendly place to dance, and to learn to dance. We do not tolerate any form of sexual harassment, discrimination, or violence. Should such unpleasantness happen, please contact the DJ, teacher, or person at the door, and we will gladly deal with the issue as soon as possible.

If you have any questions, comments, concerns, or just want to chat, you can reach us at info@eastbaywaltz.com, or talk to us on the Facebook. While at the event, you can also slip a note into our suggestion box, which is located on the snacks table. Please help us make this dance as safe and enjoyable as it can be.

Resources & further readings
This might be on the quiz (there is no quiz).

EBW teachers and DJs are all volunteers. If you're doing that, or just are interested in what they do, please read the EBW Teacher and DJ Guidelines.

About half or so of our waltzes are at a tempo appropriate for the Cross-Step Waltz, which is newfangled and somewhat unusual and a lot of fun. We teach this version of waltz in the beginner class every other month.

There's a Bohemian National Polka on the set list at every dance, but we only teach it maybe once a year (usually in the fall).

We also dance the Congress of Vienna Waltz at every dance, and sometimes teach it in the beginning rotary waltz class. If you don't know it, feel free to ask somebody who does to lead or backlead you through it!

We dance the Midnight Waltz Line Dance at every dance. Check out the video review on our YouTube channel. Feel free to join in and follow along!

It's great to dance with new people! To that end, we have two choreographed mixers in each night, as well as the traditional "Dance with a Stranger" dances where everybody, y'know, goes and dances with a stranger.

We briefly teach each mixer before dancing it, but if you'd like a reminder or study aid, here are the choreographies:

Other fun and exciting dance parties

The SF Bay Area is blessed with opportunites to social dance!

And some gender-free dances partly run, or frequented, by EBW folks! 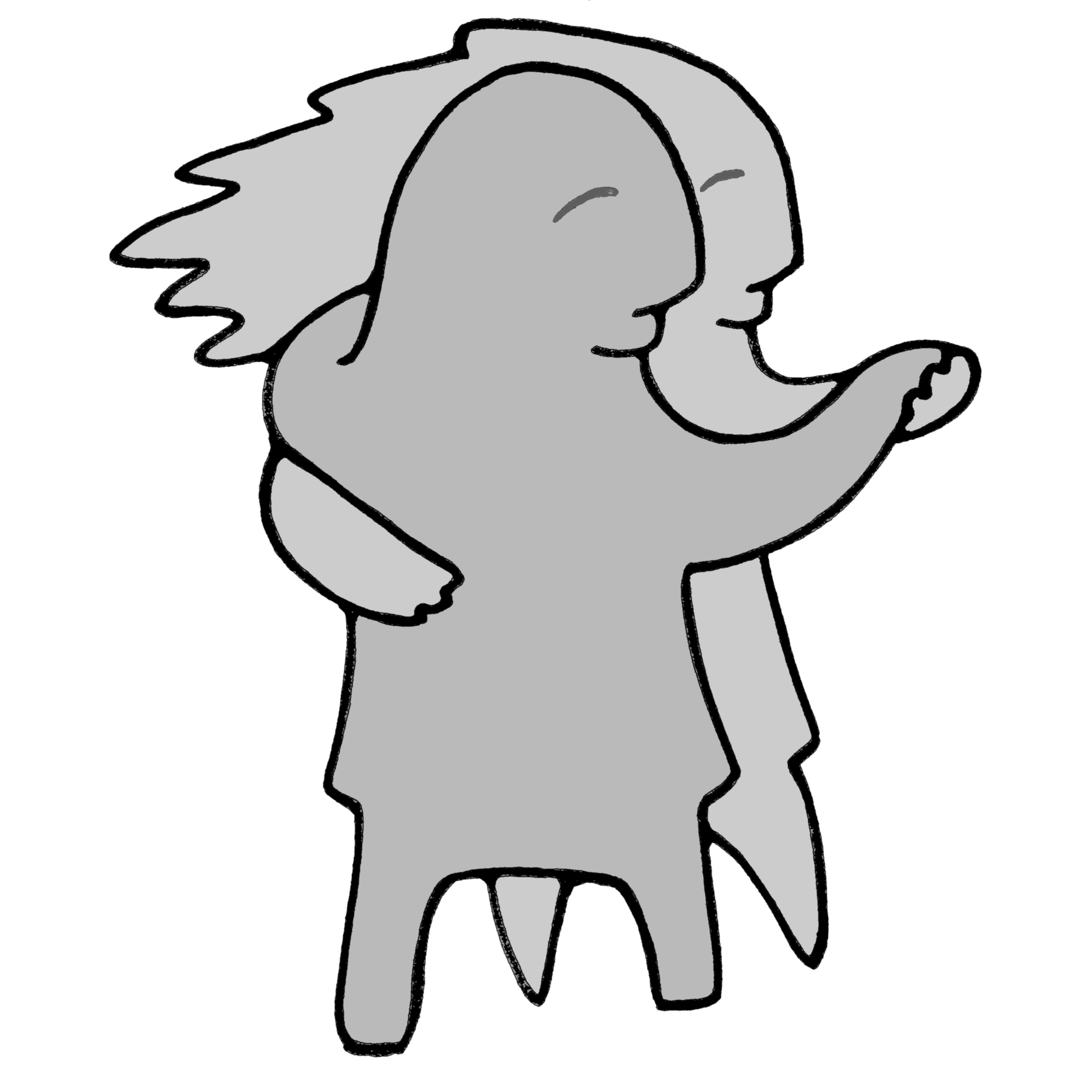